This weekend the Group 2 Theo Marks Stakes will be run at Rosehill and has been run as such since 1946. The race is named for Theodore John Marks, one half of the architectural firm Robertson and Marks.

Though they specialised in residential and warehouse buildings, their names also became associated with racecourses across Sydney, including Canterbury Park, Moorefield and Victoria Park. At Randwick, the association began in 1907 when they were chosen to design extensions to the Official Stand. Then in 1917, they designed the Totalisator Building, now known as the Octagonal Bar. In the 1920s, they were responsible for the St Leger Stand at Rosehill Racecourse. 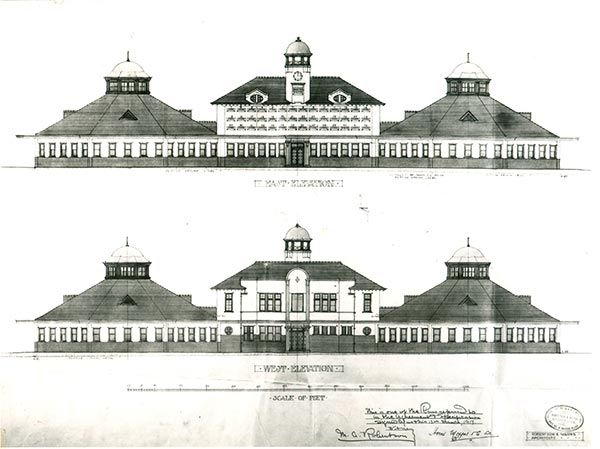 Plan for the Randwick Totalisator by Robertson and Marks, 1917.

The work of Robertson and Marks at Sydney racecourses caught the attention of clubs both interstate and overseas. They designed and built stands at Moonee Valley and Flemington racecourses in Melbourne. In 1922, Marks was commissioned by the Western India Turf Club to design three stands and improvements at Bombay and Poona.

Marks’ interest in racing however, extended beyond the buildings. He was a well-known punter on the racing circuit and in 1893 he was listed as a member of the AJC. He owned horses, racing under the assumed name of Mr A. Fuller. In 1909 he registered his colours, purple with white cap. His horses were trained at Randwick by Fred Williams and included Pixie Ring, Herilda, Tom McCarthy, Leura, Brank and Newry. Then in 1919 he was elected as chairman of the Rosehill Race Club, a position he held until his death in 1941. 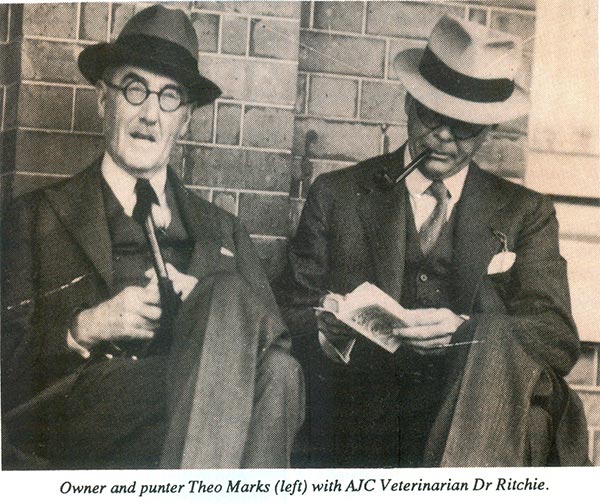 Time And Tide was the only horse to take out the Stakes more than once. He accomplished this remarkable feat three times in 1963, 1965 and 1966 increasing his winning margin each time. In 1966 he had his largest margin of 2½ lengths. A younger brother of Fine And Dandy, Time And Tide was foaled by leading sire Star Kingdom from Shading. Though his career was cut short in 1967, Time And Tide produced some great performances in other key races such as the AJC Sires Produce Stakes and the Champagne Stakes. 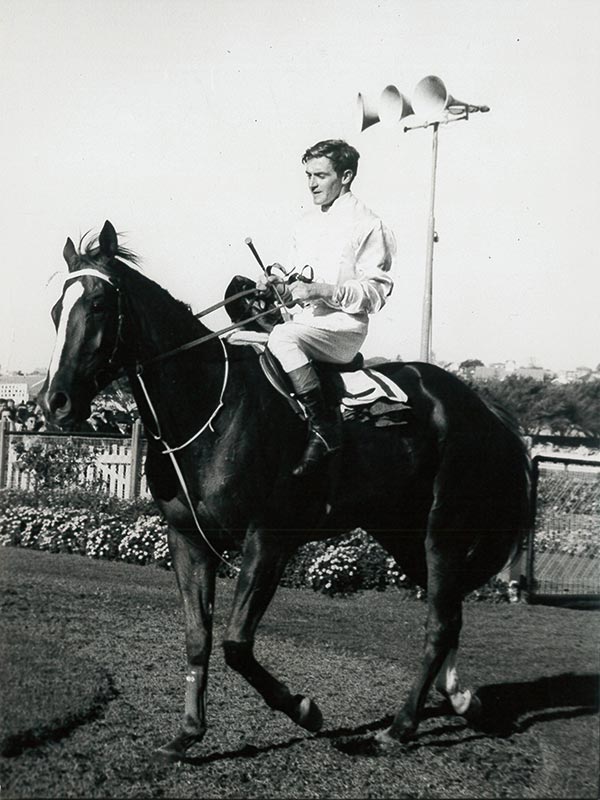