Formed in 1943 by act of Parliament, the Sydney Turf Club spent its first few years deciding which racecourses it was going to use. There were a variety of racecourses around Sydney, which at that time were run by proprietary clubs such as Moorefield, Kensington, Victoria Park, Rosehill, Rosebery, Ascot and Canterbury.

Before their choices of Rosehill and Canterbury were finalised, the Sydney Turf Club held several race meetings at Randwick Racecourse in 1944 – the first of which was held on Saturday, 15 January – 77 years ago today.

The Australian Turf Club Heritage Centre has a signed invitation card sent by the Lord Mayor of Sydney, Alderman R.J. Bartley, to the directors of the Sydney Turf Club inviting them to lunch at the Sydney Town Hall on 19 January 1944 to commemorate the first race meeting run by the STC the previous Saturday, 15 January.

The attendees of the lunch all signed the invitation card. 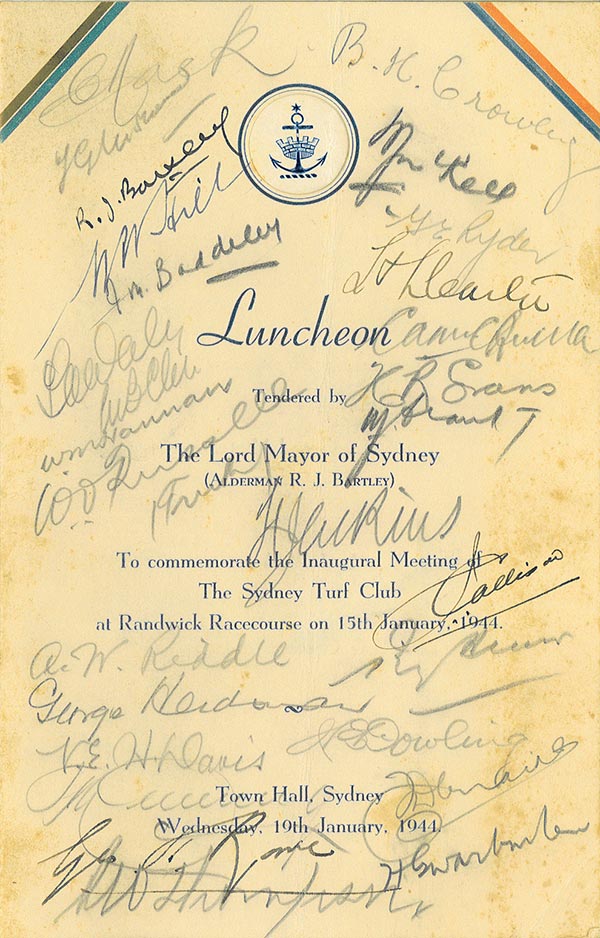 Find out more about the ATC Heritage Centre

History of the Summer Cup

The history of the Villiers Stakes

The Villiers Stakes has been part of the racing programme since 1892, won at this first outing by the aptly..

#LoveTheHorse ‘Aussie’ – Clerk of the Course