Internationally acclaimed DJ Hot Dub Time Machine provided a fitting finish to the inaugural Golden Eagle Day, with thousands of racegoers dancing into the evening after the last race at Rosehill Gardens on Saturday.

There was a fun vibe on course at Rosehill Gardens for Western Sydney’s biggest spring party which included the first running of the $7.5 million Iron Jack Golden Eagle, won by the Chris Waller-trained Kolding.

The party continued at Rosehill Gardens after the last race with Hot Dub Time Machine taking fans on an amazing dance trip through the ages.

Tom Loud, also known as Hot Dub Time Machine, posted to his social media after the show to say:

“Awesome times at the races!!!! And right in my home, the inner-west of Sydney for @racing_nsw and @atc_races at Rosehill Gardens. I’ve played at many different races all over the country and I think this was my favourite.” 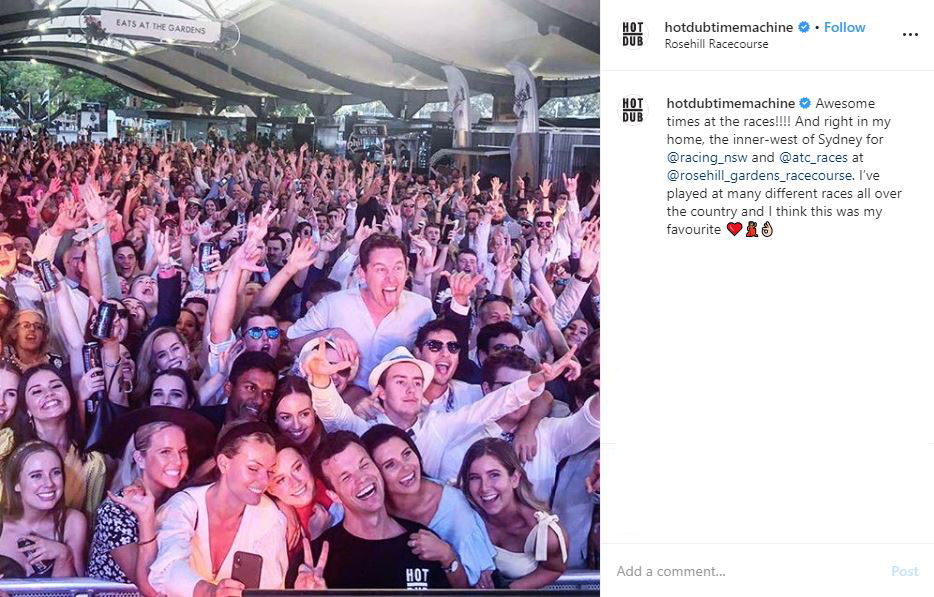 Popular party starters Sneaky Sound System and in-demand DJ Young Franco will close out the Everest Carnival Concert Series when they play at The Agency Cup Day on Tuesday, 5 November at Royal Randwick.

Get tickets to The Agency Cup Day