A group of Greater Western Sydney Giants players were special guests of the Australian Turf Club at the Royal Randwick Kensington meeting on Wednesday 2 October.

The players, including several from the 2019 AFL Grand Final squad and starting team, were among the 550-plus crowd at the Big Sports Breakfast Grand Final Luncheon in the Royal Randwick Ballroom.

The Australian Turf Club has partnered with the GWS Giants for more than two years.

Members of both Clubs enjoy reciprocal rights and Giants players and officials have helped to host awards nights and other ATC events, including on racedays. 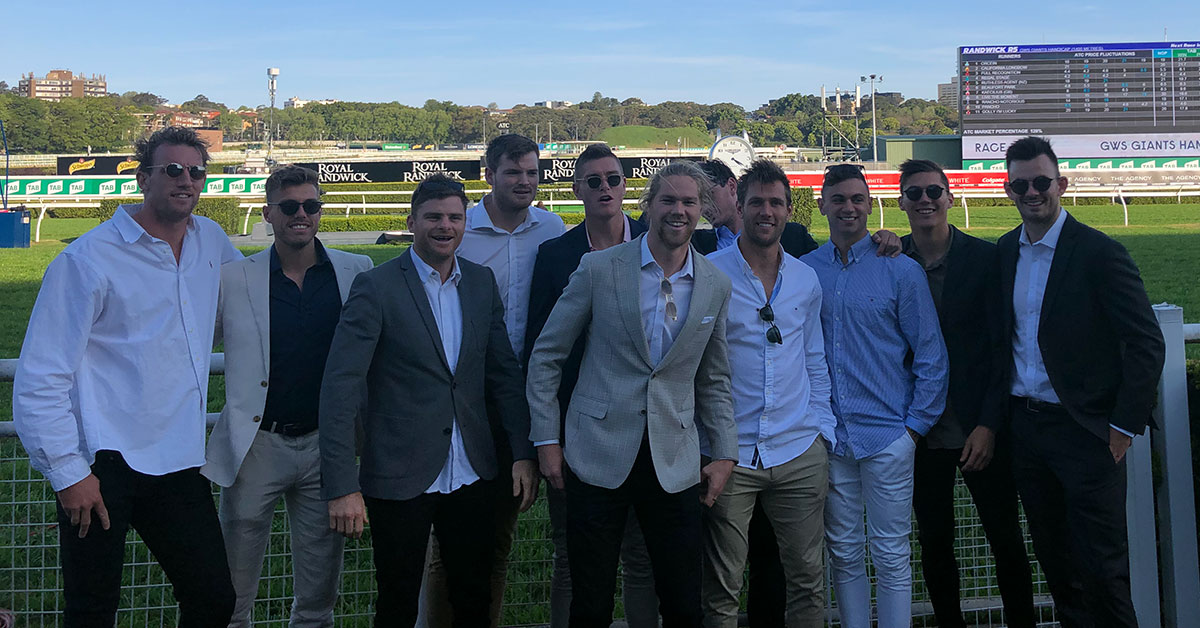