On 18th August 1943, the Sydney Turf Club Act was passed by the State Government of NSW.

The first board of directors were handpicked by the NSW Premier, William McKell. They came from a variety of backgrounds including racing and business. There was expertise in the law, finance, sports, and racing. The Chairman was William Hill, Vice-Chairman W. R. Dovey and Treasurer George Ryder. The rest of the first board were V. E. H. Davis, J. B. Dowling, W. B. Hay, W. Longworth, A. W. Riddle, H. E. Tancred, H. S. Thompson, F. G. Underwood, and M. A. K. Weir. 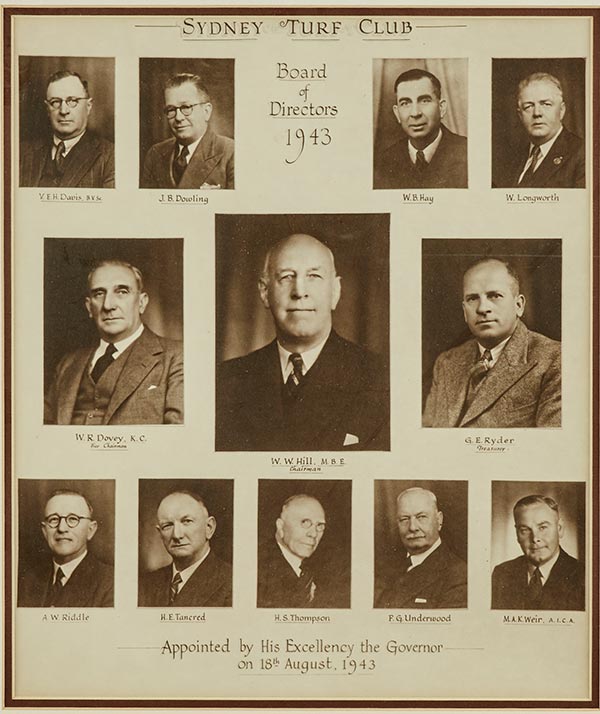 The first board of STC Directors

The STC set about deciding which racecourses it would use. Because one of the reasons behind the creation of the club was to bring about the end of proprietary racing, the STC investigated all the courses around Sydney. There were many in operation by the 1940s, but they raced for profit and were not averse to including pony and Galloway races in their programs. The courses included Kensington, Ascot, Rosebery, Victoria Park, Moorefield, Rosehill and Canterbury. 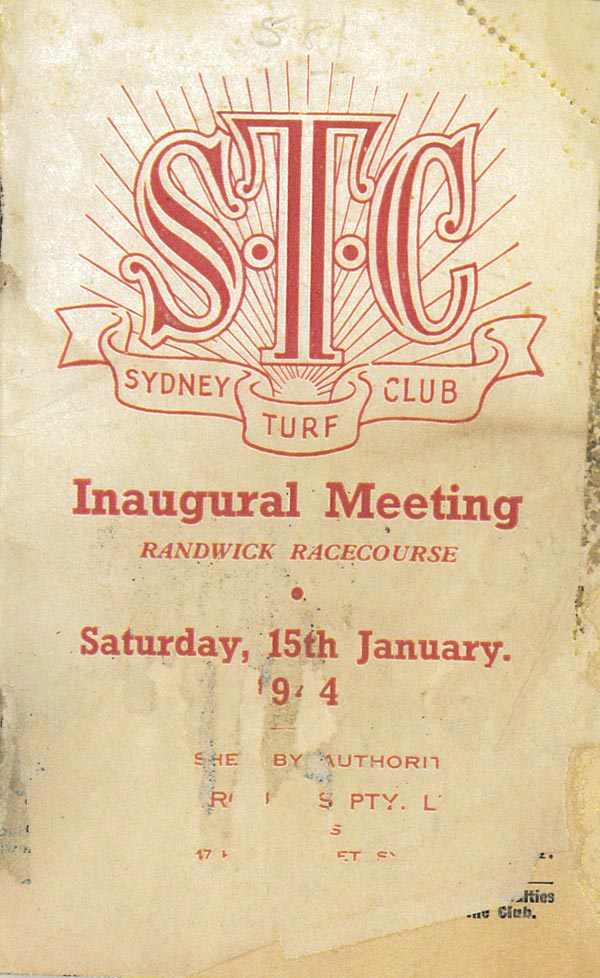 The STC held their first race in January 1944 at Randwick Racecourse. They spent several years negotiating with the proprietors of the other clubs. Ultimately the decision was made to permanently acquire Rosehill and Canterbury, temporarily manage Moorefield and Rosebery, lease Victoria Park and leave Ascot. Racing continued at Moorefield until 1951. Rosebery was a training course until 1962. Victoria Park was purchased by Lord Nuffield, with leasing arrangements for training until 1952. 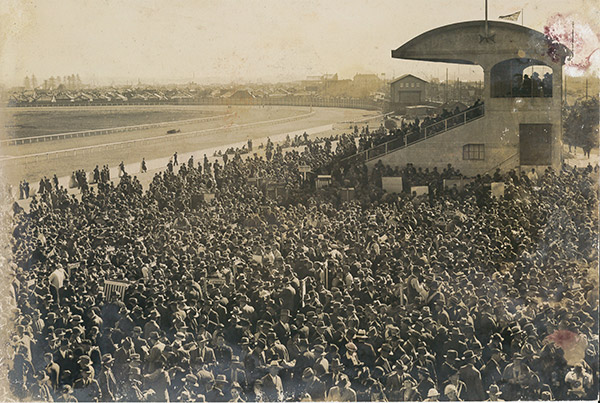