The Australian Turf Club has paid tribute to one of Australian racing’s greatest champions, Might and Power, who has passed away at the age of 26.

Might and Power, stabled at Sydney’s Rosehill Gardens under the care of legendary trainer, the late Jack Denham, became known as “the people’s horse” with his owner Nick Moraitis.

A winner of 15 races from 32 starts, Might and Power rose to national prominence with victories in the 1997 Caulfield Cup and Melbourne Cup.

He went on to win the 1998 Cox Plate, ridden in all three races by Jim Cassidy.

The Zabeel gelding also recorded a number of Group 1 wins in Sydney including another big double in the Autumn of 1998; a five-length victory in the Tancred Stakes at Rosehill Gardens and three weeks later a 10-length win in the Queen Elizabeth Stakes at Royal Randwick.

Throughout his career, Might and Power won races at each of Sydney’s four Australian Turf Club courses.

“We send our condolences but also our thanks to Might and Power’s owner Nick Moraitis and everyone involved in his racing career as well as in his retirement for the history and memories he gave racing fans.”

Champion jockey Jim Cassidy spoke exclusively to the Australian Turf Club about his memories of Might And Power.

“A very sad day. Great memories and it was a good time on Sunday to sit back and reflect on where he took me and what he’s done for me,” Cassidy said of Might And Power.

Cassidy spoke about riding Might And Power as a three-year-old and how he progressed to winning the Cups double and a Cox Plate.

The now retired jockey also speaks about the current Sydney Autumn Racing Carnival in times of isolation due to the Coronavirus. 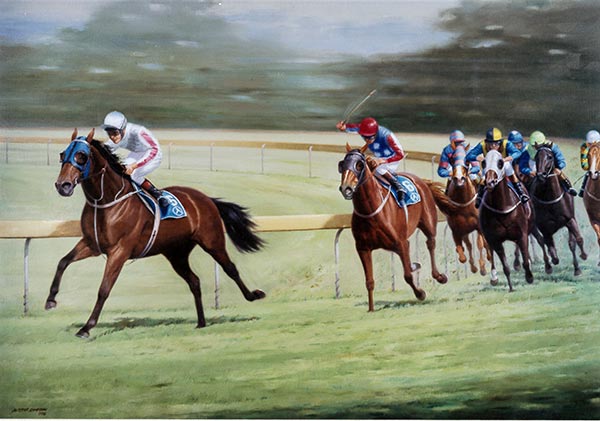